Individual means  a Natural Human Being that may be Male, Female, Minor, Unsound Mind etc.

Hindu undivided family has been created with the hindu law where the heads of HUF is called as KARTA and the members are called as CO-PARCENERS.

·        As per Hindu Law, it consists of all males lineally descended from a common ancestor & includes their wives & unmarried daughters.

·        The Jain & Sikh undivided families would also be assessed as a HUF under IT Act.

·        It means: Company which is registered under the company act 2013 or any previous company act. 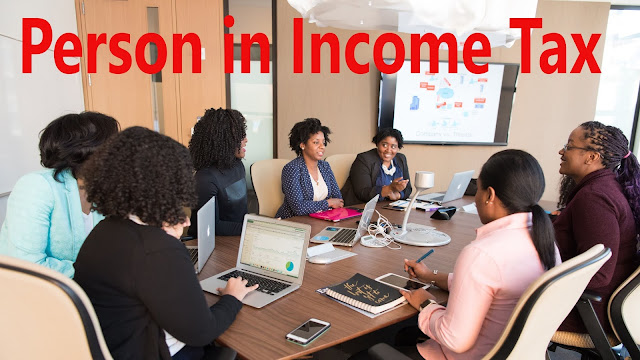 ·         “Partnership firm” has same meanings as assigned to them in Indian Partnership Act.

When two or more persons combine together to carry a joint enterprise, they are assessable as an AOP when they do not constitute a partnership legally.

·         Conditions to form AOP: Persons must join in a common purpose, common action & their object must be to produce Income, but they should not form a partnership.

Persons who merely receive the income jointly & who may be assessable in like manner & to the same extent as the beneficiaries individually. Ex: Executors/trustees.

·         Co-Executors/Co-trustees are assessable as BOI since their title & interest are indivisible.

Note: Tax is not payable by the assessee on share of Income received by him from BOI on which the tax has already been paid by such BOI. [To avoid Double Taxation]

Note: Income of Local Authority is taxable only if it is derived from the business of supply of commodity/service (other than water & electricity) outside its own jurisdictional area.

Public corporation established under the special act of legislature who have juristic personality are known as artificial juridical person. Ex- university