Provident Fund is a good initiative of the government to encourage savings habits and  for the social security of employees, the Government has established various kinds of Provident funds. In this system the employee contributes a fixed percentage of his salary towards these funds and sometimes  the employer also contributes. The whole contribution of both along with interest is credited to the employee’s account. He will benefit as he gets payment at the time of retirement and some other important occasions. In case ,If the employee dies then the entire  full amount will be made to his heirs. 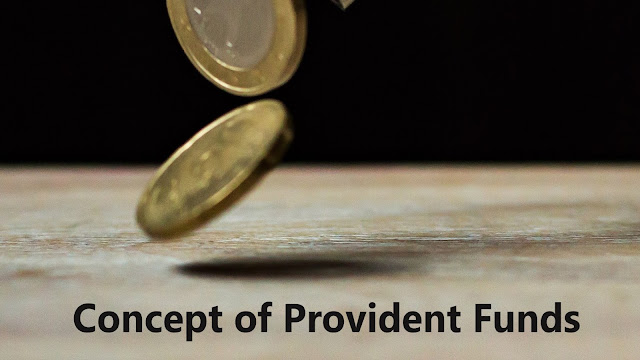 Statutory provident fund is one of  the oldest types of fund. It was started in the year 1925 .This fund was started with a view of promoting savings amongst government employees. Generally, this kind of fund is maintained by Government or Semi-Government Departments for example Railways department, Reserve Bank of India, College, University, Local Bodies, Insurance Company etc.

It is a fund which the Commissioner of Income-tax or provident fund commissioner has given the recognition as mandatory under the Income-tax Act. Generally this fund is maintained by the corporate sector, industrial undertakings, business houses, banks, etc.

Employers Contribution:- Excess of Employer’s contribution to R.P.F. over 12% of salary is taxable.

Interests Credited to accumulated Balance:- Excess over this amount is taxable (ie. 9.5%)

Refund/ transfer Balance of URPF and RPF:- Exempted in all cases except when employee leaves himself before completion of 5 years of service. In such cases the amount which has not been charged to tax is added to salary.

Refund/transfer Balance of URPF And RPF:-  refund Taxable portion is added to the  salary income of the year . The transfer Balance amount which would have been taxable.

On July 1, 1968 a new fund was introduced known as public provident fund through which self-employed people may also enjoy the benefit of deduction u/s 80C. Self-employed people are doctors,businessmen,  lawyers, accountants, actors, traders, pensioners.  The interested people can have the option to open their account in State Bank of India and its subsidiaries banks. The subscription scheme may  be between rs. 500 and rs. 1,50,000 in one year in this provident fund.

Employee Provident Fund is an employee benefit scheme where investments are made by both the employer and the employee in each month regular basic. It is a savings platform that employees to save a fixed portion of their salary each month, from which withdrawals can be made following a month from the date of cessation of service or upon retirement. In this scheme at least 12% of an employee’s basic salary of fixed amount automatically deducted and goes to the Employee Provident Fund every month. The contributions are maintained by the Employees Provident Fund Organization (EPFO). You can apply for provident fund online  and also checked epf passbook online